Soren Bjorn is the President of Driscoll’s of the Americas based in Watsonville, California, the global headquarters of Driscoll’s. In his role, Mr. Bjorn leads the largest business unit for Driscoll’s and is responsible for all aspects of the business enterprise from the strategic planning process and to its financial success. Family owned for more than 100 years, Driscoll’s is the leading brand for fresh berries and distributes in more than 22 countries around the world.

Soren has been with Driscoll’s for more than ten years and has led several key functional areas. He served as the company’s first Senior Vice President of international business and was responsible for oversight of Driscoll’s Europe, Middle East and Africa business, an Australia based joint venture and a new start-up venture in China. In addition, Soren has led Driscoll’s global research and breeding programs which focus on developing proprietary seedlings in order to deliver great tasting berries to consumers. This superior flavor is a competitive differentiator and one of the primary reasons Driscoll’s is the market leader in fresh berries.

As a seasoned executive in the food industry, Soren spent six years with Del Monte Foods in San Francisco. There, his responsibilities included outsourcing of manufacturing operations globally, and the management of the company’s sales and operations planning department. Soren also held the role of President and CEO for UniMark Foods, Inc. a vertically integrated citrus and tropical fruit growing and processing company headquartered in Texas.

Soren earned an MBA from Texas Christian University (TCU) in Fort Worth, Texas and a BBA in Marketing from Baylor University in Waco, Texas.
Soren was born and raised in Silkeborg, Denmark where his mother still lives today. His brother, Thomas Bjorn is a world class professional golfer. Soren is the proud father of three boys. 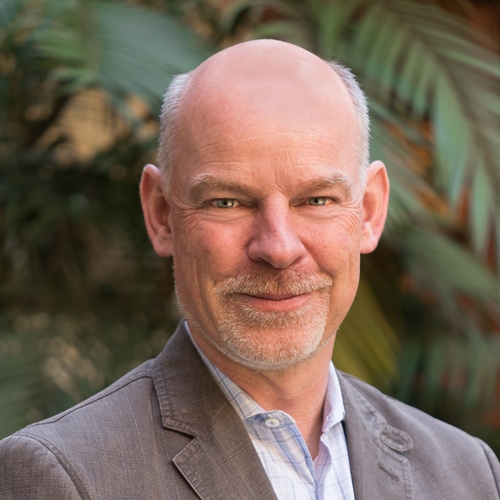 BACK TO PROGRAM
ALL SPEAKERS
Thom Goodwin