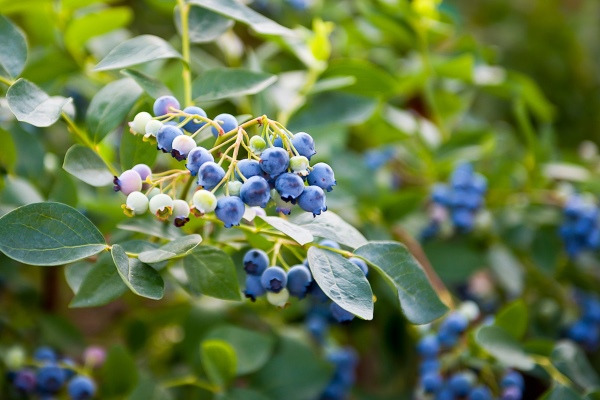 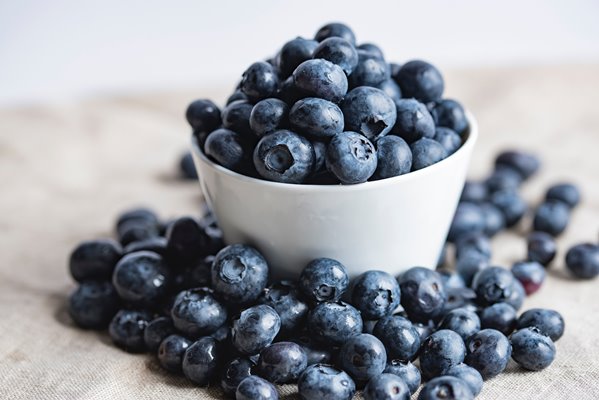 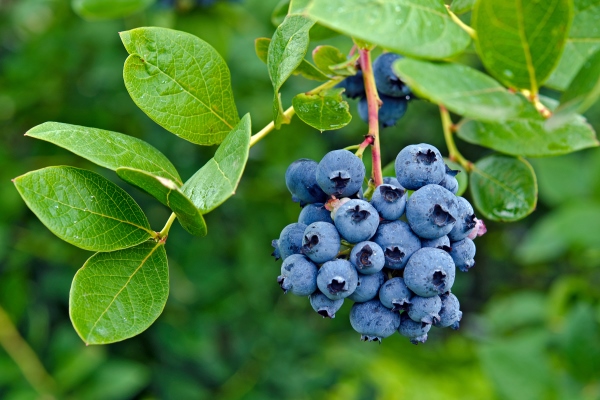 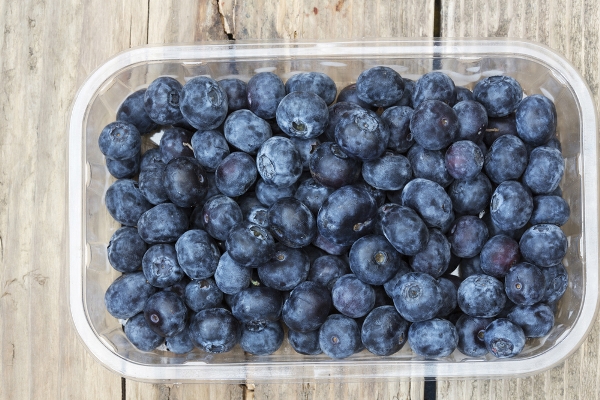 Blueberries are a native fruit of North America.

The species comes under the genus Vaccinium which includes around 450 evergreen and deciduous shrubs. Three varieties of blueberry species have been identified; Highbush, Lowbush (wild) and Rabbiteye.

Highbush varieties can be broken down into either Southern Highbush or Northern Highbush. Lowbush blueberries are not generally found in Australia.

Numerous cultivars have been bred from these varieties such as Misty (Southern Highbush), Denise (Northern Highbush) and Powder Blue (Rabbiteye). These cultivars all have different characteristics, growing requirements and seasonal timing.

Blueberries were first introduced into Australia in the early 1970s. By 1978 it was recognised that the warmer climate Southern Highbush and Rabbiteye varieties (originally grown in the southern states of America) would grow on the NSW North Coast and produce high value, early season fruit. These varieties are harvested from June to February.

In southern Australia, most of the blueberry production is based in Victoria (mainly in the Yarra Valley) and in Tasmania. The season starts in December and ends in April. As new varieties are released, a consistent supply of blueberries will be available throughout the season.

Australian blueberries were first grown commercially in Victoria in 1974.

Plantings began a decade later on the North Coast of New South Wales. In 2004, the Northern Rivers region of New South Wales, from Coffs Harbour to the Queensland border, produced over 75% of Australia’s blueberries on three major farms. The Oz Group, a cooperative of over 100 growers in this region, has now become a significant blueberry producer.

Production in southern Australia and Tasmania is also increasing. With a growing interest in organic produce from consumers, a significant percentage of members are now certified as Organic or Bio-Dynamic; particularly in Victoria.

The majority of blueberries grown in Australia are for the domestic market. At present, according to the Hort Innovation Horticulture Statistics Handbook (2016/17), approximately 356 tonnes of blueberries were exported from Australia, with 47% of this fruit being sent to Hong Kong and the remainder being sent to markets including Singapore, Thailand, Malaysia, Indonesia, Middle East, Canada and more recently India.

Interested in the history of blueberries in Australia? Why not read about the first 40 years of the industry? 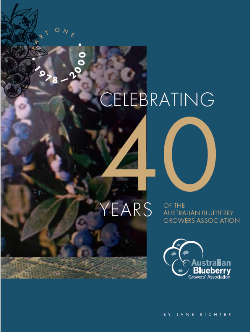 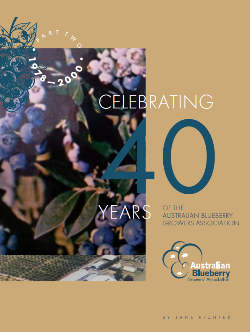 From a picker’s bucket, fruit is transferred in crates to the packing shed.

Here, quality assurance programs are adopted to ensure the quality and freshness of the berries. In packing sheds the fruit will be quickly chilled using force fans.

Different methods of fruit sorting are used throughout Australia. In recent times, machine packing has been used successfully, but the majority of Australian blueberries are packed through human sorting chains. All blueberries travel in refrigerated trucks to ensure they arrive fresh to their destination.

Australian blueberries are supplied to wholesalers, independent fruit shops, supermarkets and international markets such as Asia and Europe. Cooperative marketing groups have been created to allow small growers to efficiently supply both the domestic and export market. Retailers can have blueberries on their shelves within 24 hours of picking to enable consumers to buy, and enjoy, the freshest blueberries.

Blueberry quality is the most important part of growing the fruit.

The Australian blueberry industry has firm guidelines about fruit maturity at harvest; growers need to continually enforce this quality control during picking. In the present market environment, all blueberries produced in Australia can be sold for the best returns on the domestic market.

There are still many Australians yet to try a blueberry. In 2017/18, only 52% of households purchased blueberries. ‘Point of sale’ promotions, trade shows and farmer’s markets have provided a valuable opportunity for recruiting new consumers. Fresh blueberries compete with processed snack foods along with other fresh fruit. This is a concern as blueberries often command a premium price over most other fresh berries and other processed fruit.

In a recent survey of consumers, 79% of those interviewed indicated that price was a major influence on their purchasing decision. Many commented that while they enjoyed eating blueberries, they were too expensive to eat regularly. Luckily for consumers, as the production continues to grow, prices are likley to stabilise making blueberries a more affordable weekly staple purchase.

There are three main berry industries in Australia. The strawberry industry is the most significant, blueberry intermediate and the various Rubus species smaller. Production and sales of these fruit are steadily increasing, reflecting global trends in berry crops (also known as soft fruit) and the interest in their benefits to human health. Within the blueberry industry, ‘Pick Your Own’ and organic operations are trending.

However, the short time interval between establishment and first returns coupled with high demand and reasonable prices will offset the high costs.

Challenging conditions that Australian blueberry growers face include drought, severe storms, water restrictions and extreme heat and fires. Availability and costs of harvest labour are becoming an increasing problem in all regions.

Growers redevelop blueberry beds when they are reaching the end of their lives. This varies for different varieties and can be determined based on the productivity of the plants.

As a new industry, growers are keen to adopt industry best management practice. All fruit for the fresh market is hand-picked to maintain the highest quality. Developing varieties suitable for mechanical harvesters and varieties that are well suited to Australian climatic conditions are ongoing goals.

Blueberries like well drained acidic soil in order to thrive.

Soil must be acidic (with a pH of between 4.5 to 5.5), well drained and have high organic matter. Plants should be grown in full sun with protection from strong winds. It is best to plant larger varieties with 1.2m between plants and 3 to 4m between rows.

When planting, tease out the roots over a handful of sphagnum moss placed in the planting position and plant at the same depth as it was potted. An application of 30gms (max) per plant of a slow release fertiliser at planting is advantageous. As the plants are surface rooted they respond well to a deep mulch of straw or chip.

Caring for your blueberry bush in the first few years will set you up for bumper harvests.

Remove flowers in the first years to encourage bush growth. Irrigation is necessary, particularly in summer. Applications of fish and seaweed fertilisers will assist with root health and will encourage strong growth during spring and post-harvest. Prune out weak wood ensuring the centre of the plant is kept open.

Blueberry production is centred around Coffs Harbour and this is where the majority of production occurs across the summer months.

The continuing development of new varieties, suited to specific climatic zones, is enabling the industry to dramatically expand production in areas outside of northern NSW, which will lead to more fruit being available outside of the traditional summer availability window. This is great news for consumers as there will be more blueberries available at reasonable prices nearly all year round. 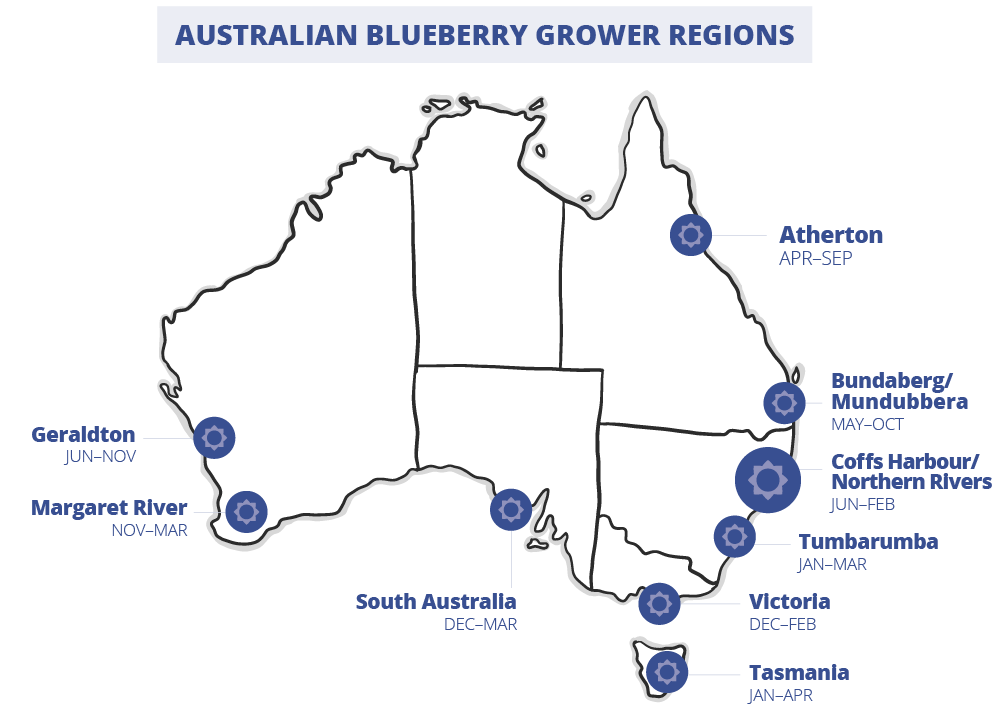