Though not currently in Australia, spotted wing drosophila poses a biosecurity risk for several of the nation’s horticulture industries, including berries. Control measures overseas include regular use of insecticides that aren’t IPM compatible. With IPM well-adopted in Australian berry crop production, the use of such insecticides here could lead to severe flares of other issues, such as western flower thrips and two-spotted mite.

With this in mind, this project is preparing and testing IPM-compatible control measures against spotted wing drosophila overseas, so that sustainable long-term management in Australia will be possible should the pest arrive on our shores.

There is also a sister project to this investment, Exploring IPM-compatible methods for spotted winged drosophila in berry crops (MT18010), which is being delivered by cesar. This component of the work involves desktop research that will put an Australian focus on existing spotted wing drosophila research; review of trial site results; and work to extend research findings.

Communicating information on spotted wing drosophila and likely control measures (IPM-safe and otherwise) to berry growers and advisors will be key to the program. 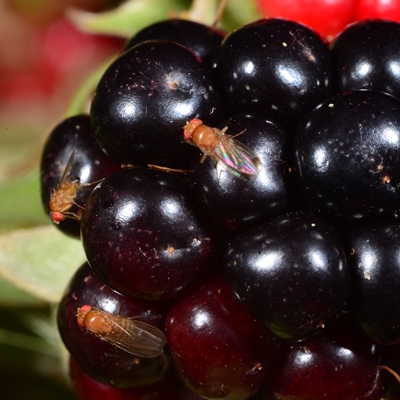 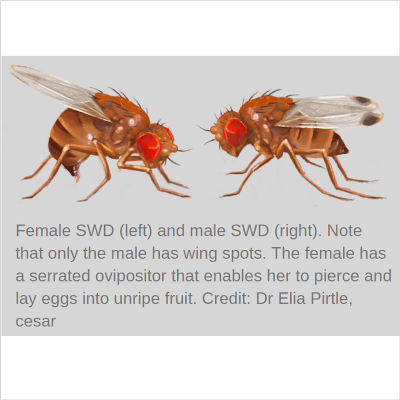 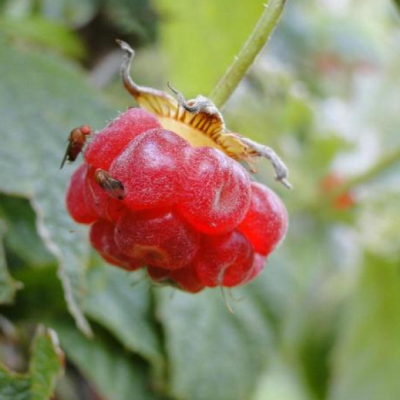 Updates about these projects are available here:

SEP 2019 : Spotted wing drosophila: where will this world citizen make its next travel destination?

DEC 2019: Spotted wing Drosophila: the overseas experience & tips to stay a step ahead

MT18004: Review of the biosecurity plan for the berry sector
Scroll to top